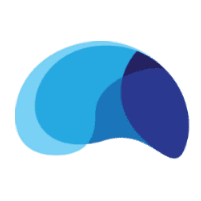 What is post-traumatic stress disorder (PTSD)?

When you live through a traumatic event, such as a natural disaster, open-shooter situation, or active combat, it’s normal to have some symptoms of anxiety afterward. These symptoms usually subside as time passes. PTSD, on the other hand, might not emerge immediately after a trauma. Instead of lessening with time, your symptoms tend to worsen and can become more disruptive to your ability to function and your overall quality of life.

PTSD was initially diagnosed in military veterans during World War I and World War II due to the horrors of trench warfare. Today, psychiatrists and mental health providers know that anyone can develop PTSD. Research hasn’t revealed why some people get PTSD and others don’t.

How do I know if I have PTSD?

Only a trained and licensed mental health care provider can diagnose PTSD. However, the condition causes four specific types of symptoms:

PTSD often causes persistent and distressing thoughts and memories that manifest as flashbacks and nightmares. These memories are often so realistic that you feel like you’re reliving the traumatic event.

You might also begin to avoid people, places, and other situations that trigger your intrusive memories. Over time avoidance behaviors can significantly impact your quality of life and ability to complete regular day-to-day tasks.

You may also be plagued by negative thoughts and emotions such as anger, guilt, or shame. You might also develop a distrust of other people or become detached from your friends and family.

PTSD can also cause irritability and angry outbursts. Some patients experience disrupted sleep or reduced concentration. You might also engage in self-destructive behaviors or turn to substance abuse.

What’s the treatment for PTSD?

Many patients benefit from a combination of medication and talk therapy. The medicine should alleviate your symptoms and provide the mental clarity needed to explore and resolve your memories, feelings, and thoughts in therapy.

TMS & Brain Health begins treatment with a comprehensive evaluation of your symptoms and overall health. Once they understand your needs, they create a customized treatment plan to alleviate your symptoms and help you resolve the thoughts and emotions that contribute to your condition.

When other treatment options have failed, perhaps due to the extremely severe symptoms of PTSD, transcranial magnetic stimulation (TMS) may be indicated as the next approach for treatment. However, TMS is not FDA-approved yet for the treatment of PTSD. As such, it is considered to be “off-label” and experimental. This treatment allows patients to undergo short TMS sessions, which are noninvasive and painless, in order to stimulate and reset the areas of the brain that are most associated with the symptoms of PTSD. By stimulating the brain, it is possible for specialists to alter a patient’s brain patterns and activity in order to help return them to normal thought and behavior patterns. Kozel et al. (2019) used a randomized controlled trial to examine if inhibitory or excitatory stimulation using TMS to the right dorsolateral prefrontal cortex would alleviate some of the symptoms of PTSD. They found that both protocols decreased symptoms, and that the effects for maintained for at least 3 months post-treatment.

Many patients with post-traumatic stress disorder also struggle with feelings of anxiety, paranoia, and severe depression. As a result of their condition and, often, a lack of support, many PTSD patients do not receive the proper care they need. This leads many individuals with PTSD to feel isolated and suicidal. Ketamine infusions have proven to be beneficial to those suffering from depression and active suicidal ideation. The connection between these conditions and the symptoms of PTSD are clear, making ketamine infusions an effective treatment option to alleviate the symptoms that manifest from untreated post-traumatic stress disorder. However, Ketamine infusions are not FDA-approved yet for the treatment of PTSD. As such, they are considered to be “off-label” and experimental. In a 2014 study, Feder et al. used a randomized controlled trial to examine the effects of ketamine infusions on PTSD. They found that ketamine was well tolerated and provided rapid relief from PTSD symptoms.